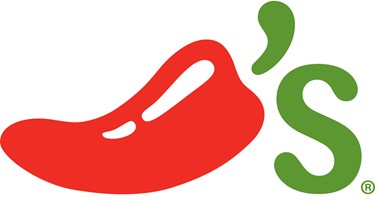 In news this week, Papa Murphy’s and Expedia name new executives, while Chili’s drastically reduces its menu offerings in an effort to ramp up profits.

Papa Murphy’s Holdings, Inc. has announced the promotion of Chief Financial Officer (CFO) Mark Hutchens to the position of Executive Vice President and Chief Operating Officer of the company. A search is now underway for a new CFO, and Hutchins will continue in that role as well until a qualified replacement has been found.

Regarding his new role, Hutchens stated, “We’ve taken aggressive steps in the last several months to reduce costs while also ensuring that the right resources are focused on the support of our owner-operators. Franchisee profitability is foundational to our success and will continue to be a top priority in my new role. I am excited to have the opportunity to work more closely with our talented operators and the teams at Papa Murphy’s who support them, while continuing to lead the financial future of the Company until a qualified successor is in place. Working together, I am confident that the Company and our franchise-owners can turn the business around and help the Papa Murphy’s brand reach its full potential for our many stakeholders.”

According to The Nation’s Restaurant News, Papa Murphy’s has struggled with persistently weak same-store sales over the past two years, and experienced a 4.3 percent decline during the quarter ending July 3 of this year. This struggle has led the company to overhaul its management team, with Weldon Spangler taking the helm as CEO in June. The company also cut staff and has plans to refranchise company stores in an effort to lower costs, bolster business, and improve profits. Delivery plans are also in the works.

Expedia Inc. has announced the appointment of Chief Financial Officer (CFO) Mark Okerstrom as the new Chief Executive Officer (CEO) to fill the void left by Dara Khosrowshahi, who unexpectedly quit to join Uber Technologies Inc. Okerstrom has been CFO of Expedia since 2006, and pledged a message of continuity in his new role as CEO.

Khosrowshahi was named Uber Technologies Inc.'s CEO earlier this month. According to a company statement, he will continue to be a member of Expedia's board. "Prior to Dara leaving, Mark Okerstrom was his principal partner in operating the company -- and therefore this transition is as natural as water flowing down a snow-packed mountain. There was no other candidate that the Board considered," chairman Barry Diller said in a statement.

After the announcement, Okerstrom wrote on Twitter that he is “Honored to lead the world’s greatest travel and tech company through the next exciting chapter.” He also later told reporters, “I’d assume largely a continuation of the course we’ve been on.”

Khosrowshahi had established a pattern of growth through acquisitions, and Okerstrom said that is unlikely to change, asserting, “M&A has always been in our DNA and it will be in our DNA in the future.”

And Bloomberg reported that Khosrowshahi’s continued influence at the company could prove to be significant and open new opportunities for Expedia. “He happens to be a board member who’s incredibly versed in this industry,” Okerstrom said. “If I can drag him away from Uber for a few seconds I might tap him for some advice.”

“There’s probably ways we can work much more closely together than we ever have before,” he said. “Keep your eye out, maybe there will be something that comes out.”

Experts agree that Chili’s seemingly risky move to slash its menu offerings by 40 percent could have big rewards for the chain, according to MarketWatch. On September 18, the chain reduced its menus nationwide to 75 items, down from 125 appetizers, entrees, cocktails, and more. The move is designed to focus on the core items that make up its brand identity, including burgers, ribs, and fajitas. Experts agree that menu reduction helps cut costs and reduce food waste, ultimately improving the bottom line.

“The casual dining segment as a whole is losing market share, suffering declines in sales and traffic,” Pat Cobe, senior editor, menu analyst at Technomic, a data and analytics provider for the food service industry, told MarketWatch. “Much of that is due to the sameness of the menus at concepts like Applebee’s, TGIFridays and Chili’s. By paring down its menu and focusing on core items and best sellers that built Chili’s brand identity, Chili’s is differentiating itself from the pack.”

Kelli Valade, president of Chili's, acknowledges that the cuts could disappoint customers. "We know there's risk here," she says. "Every dish that's being taken off has someone who likes it. But I think we're at a moment where less is truly more, and the idea of focusing on our core menu is necessary to get back to prosperity."