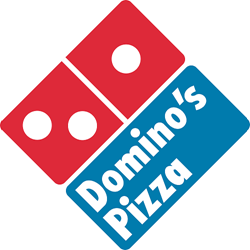 In news this week, Domino’s partners with Ford to launch a beta test that will measure customer acceptance of driverless delivery vehicles; and TravelBank, a travel disruptor, has announced that it has completed a round of Series B funding that has brought in an additional $25 million to help them expand.

Domino’s has announced that it is partnering with Ford to test the use of self-driving vehicles for pizza delivery. The first phase of the test will focus on customer interaction with the new delivery technology. As part of the testing, researchers will investigate how customers react to the use of self-driving vehicles to bring them their orders.

The beta test will be conducted in Ann Arbor, Michigan, where randomly-selected Domino’s customers will have the option to use the self-driving delivery service, which will use a Ford Fusion Hybrid Autonomous Research Vehicle manually driven by a Ford safety engineer and staffed with researchers for the test phase. According to CNN, the vehicle will have darkly tinted windows to conceal the researchers, and they will be instructed not to interact with customers. Customer orders can drack the vehicle via GPS on an upgraded version of Domino’s Tracker, and will receive text messages as their order approaches. The texts also include instructions for accessing their order from the Domino’s Heatwave Compartment in the vehicle.

“As delivery experts, we’ve been watching the development of self-driving vehicles with great interest as we believe transportation is undergoing fundamental, dramatic change,” explained Domino’s president and CEO Patrick Doyle. “We pride ourselves on being technology leaders and are excited to help lead research into how self-driving vehicles may play a role in the future of pizza delivery. This is the first step in an ongoing process of testing that we plan to undertake with Ford.”

“As we increase our understanding of the business opportunity for self-driving vehicles to support the movement of people and goods, we’re pleased to have Domino’s join us in this important part of the development process,” asserted Ford vice president, Autonomous and Electric Vehicles, Sherif Marakby. “As a company focused on the customer experience, Domino’s shares our vision for a future enabled by smart vehicles in a smart environment that enhance people’s lives.”

The current test is ultimately about how customers will react to the use of self-driving vehicles, and not whether the car can drive itself or not, said a Ford spokesman. Ford is currently testing self-driving cars on public roads in other places. Ford has been using Fusion sedans for some time to test self-driving technology. Experts have said that delivery services will likely be among the first industries to widely adopt self-driving vehicles.

"We're interested to learn what people think about this type of delivery," said Russell Weiner, president of Domino's USA. "The majority of our questions are about the last 50 feet of the delivery experience. For instance, how will customers react to coming outside to get their food? We need to make sure the interface is clear and simple. We need to understand if a customer's experience is different if the car is parked in the driveway versus next to the curb. All of our testing research is focused on our goal to someday make deliveries with self-driving vehicles as seamless and customer-friendly as possible."

Travel Booking Disruptor Announces $25 Million In Series B Funding Round

TravelBank, a modern travel, expense and rewards app for business, has announced that it has raised $25 million in Series B funding to expand and continue product development aimed at helping SMBs maximize their travel budget dollars. This new funding brings their total to just over $35 million raised, and the announcement comes as TravelBank makes its Auto Rewards program available to the general public on iOS.

"Companies spent close to $1.3 trillion globally on business travel in 2016 according to the Global Business Travel Association," said David Chao of DCM Ventures, which previously backed highly successful global travel companies eDreams in Europe and Tuniu in China. "There is a huge opportunity in this industry and TravelBank is taking the lead, not only modernizing the booking and expense process, but also offering companies a way to save money on their travel and entertainment spend overall."

TravelBank launched in October 2016 with modern, mobile first expense reporting capabilities, and has since added a rewards program, airline booking, a Commission Sharing program, and Auto Rewards to its offerings.

"As we grow, TravelBank continues to innovate for the modern traveler," said Duke Chung, CEO and co-founder of TravelBank. "With this new round of funding we will continue to expand our company and our product offering, helping even more businesses save money on travel costs and rewarding their employees for encouraging a corporate culture of financial responsibility."

Through TravelBank, users can book flights on more than 200 airlines, while Auto Rewards lets users see flights marked with a rewards points value when they book. The service also gives travelers points for choosing less expensive options, saving companies money. According to the company statement, “Users can book first, earn rewards when they save, and then expense their purchases later.”