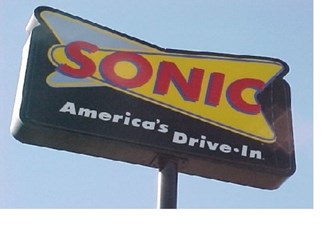 In news this week, Target puts pressure on restaurants with its commitment to higher wages; and Sonic experiences a major data breach that affected millions of customers.

Target has announced that it is giving its workers a raise, and has bumped the minimum hourly wage for all employees to $11 this year. Further, the retailer has pledged that the minimum wage will reach $15 by the end of 2020, according to a company statement.  The move is designed to help attract and retain strong team members and provide an elevated guest experience in-store. It is also a necessary strategy in response to a nationwide unemployment rate that fell to 4.3 percent in May and July (lowest level in 16 years) with just a slight uptick in August. This shallow pool of job seekers means that retailers must do more to attract workers for the holiday shopping season.

The wage increase will be applied to thousands of team members prior to the holiday season, and will also apply to the more than 100,000 seasonal employees it hires. The current federal minimum wage is set at $7.25. Wages have been a contentious issue for retailers as they compete for quality workers.  In February 2015, Walmart said it would raise base wages for 500,000 workers to at least $9 an hour, with an increase to $10 an hour in 2016. That year, Walmart also gave raises to more than 1.2 million hourly workers, which pushed the average hourly full-time store employee up to $13.38 an hour. Target followed suit with its own wage increases in 2015 and 2016, promising a $10-an-hour base last year.

According to Johnathan Maze of the On the Margin blog, Target’s commitment could have serious implications for the restaurant and hospitality industries as well. He explains that wages are already rising in restaurants, as the demand for quality workers rises and competition gets stiffer. A number of states have already implemented higher minimum wages, as well, helping to drive up labor costs.

And as unemployment rates continue to fall, restaurants are finding a smaller potential pool from which to draw. The current unemployment rate is 4.4 percent. The restaurant industry has added hundreds of thousands of jobs in the past few years alone.

While some restaurants have independently raised their minimum wages in order to attract and retain quality employees, Target’s announcement sets a new standard that other companies may be forced to follow.

Sonic Data Breach May Have Affected Millions Of Customers

KrebsonSecurity first reported the breach at Sonic Drive-In, a fast food chain with nearly 3,600 locations across 45 U.S. states, on September 17. The breach has affected an unknown number of store payment systems and has compromised millions of stolen credit and debit accounts, now being sold on the Dark Web.  Sonic announced that a malware attack “may have allowed” hackers to obtain customers’ payment information.

In the wake of the breach announcement, Sonic’s shares have plunged. Sonic is offering free identity theft protection to those customers who were affected by the breach, according to Reuters. As many as five million individuals may feel the impact of this breach, Business Insider reported.  KrebsonSecurity said the pilfered information is now being “peddled in shadowy underground cybercrime stores.”

Sonic uses a single point-of-sales system across the majority of its locations. The chain confirmed that it was informed by its credit-card processor that it had noted “unusual security regarding credit cards being used at Sonic.” CEO Cliff Hudson told Business Insider that the chain was pursuing investment in technology that would help it better compete with rivals and competitors.

One weakness that many restaurants have in breach security is that they are relying on older, swipe technology that allows them only to swipe cards and not use other encrypted transaction options. John Christly, global chief information security officer at Netsurion, told The Nation’s Restaurant News, “If they’re not going to secure their computers, it’s much easier for attackers and hackers to get malware in there and get credit card numbers.”

In a statement, the company said, “We are working to understand the nature and scope of this issue, as we know how important this is to our guests. We immediately engaged third-party forensic experts and law enforcement when we heard from our processor. While law enforcement limits the information we can share, we will communicate additional information as we are able.”