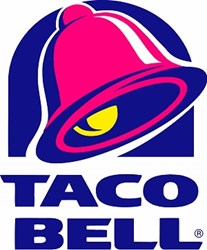 Taco Bell Pledges To Add 100,000 Employees Over the Next Five Years

Taco Bell recently announced plans to increase the number of locations in its U.S. system to 8,000 units by the end of 2022, which means the creation of approximately 100,000 new jobs over the next five years. The expansion has already begun this month, and some 3,500 new jobs are anticipated at 85 new locations this summer alone. The company also plans to seek to fill some 650m000 additional positions across the system by the end of the summer.

According to QSRWeb, the chain is partnering with Roadtrip Nation, an RV-based career exploration program, in order to facilitate the hiring process. Employees are encouraged to create profiles through Roadtrip Nation and to connect with others to share stories about their experiences at Taco Bell. It is designed to foster networks and communities that allow employees to help themselves.

Taco Bell Chief People Officer Frank Tucker stated, “Our system’s employees are central to creating exceptional experiences for the 46 million customers we serve each week. Taco Bell and our franchises are committed to building workplaces where team members want to work and grow. That starts by showcasing the diverse pathways in the Taco Bell system and celebrating employees’ achievements, which we’re doing by shining a spotlight on some of Taco Bell’s most impressive young talent.”

“Last year we announced our commitment to hire 100,000 new team members in our system by 2022,” said Brian Niccol, Chief Executive Officer at Taco Bell. “We are now taking that commitment to the next level with recruiting and employment programs to help us and our franchisees invest in our employees, and their experience, in significant ways.”

According to Sojern’s latest Global Travel Insights Report, early North American planners are anticipated longer trips in June with 46 percent of searches happening for trips lasting 12 or more days, and they are searching to depart at both the very beginning and the very end of the month. Meanwhile, short-haul travelers are looking to make the most of long weekends this summer, with 21 percent searching for Thursday departures and 22 percent searching for Friday departures. It also found that Miami, Las Vega, New York City, Orlando, and Los Angeles top the list of searched recreational domestic destinations for this summer.

For those in the hospitality industry, these insights have some important takeaways: tailor packages and promotions to longer trips by including exclusive upgrades or discounts; start your summer travel campaigns now to catch early planners; use video or Facebook dynamic ads to create visually stunning campaigns to showcase destinations to appeal to travelers; and engage new customers by targeting them with both upper-funnel and mid-funnel messaging to introduce them to your brand.

KFC may just have taken the love of a good chicken one step too far. It has launched a romance novella titled Tender Wings of Desire starring a Casanova Colonel Sanders, which follows the love affair between Lady Madeline Parker and Colonel Harland Sanders.  The96-page eBook is available through Amazon for $.99, or for free with Kindle Unlimited, and KFC is giving away 100 hardback copies of the book to fans via Facebook.

“The only thing better than being swept away by the deliciousness of our Extra Crispy Chicken is being swept away by Harland Sanders himself,” asserts George Felix, KFC US’s director of advertising. “So this Mother’s Day, the bucket of chicken I get for my wife will come with a side of steamy romance novella. Dinner is taken care of and she’ll have the time to escape her busy schedule.”

Mother’s Day is the best-selling day of the year for the chain, and the novel is part of a promotion for the $20 Fill Up special. In the television ad, a shirtless man proclaims, “This Mother’s Day, let Colonel Sanders take care of dinner – and mom’s fantasies by giving her Tender Wings of Desire.”

The novella is part of KFC’s aggressive and innovative advertisement campaign featuring Colonel Sanders, portrayed by a range of actors and comedians. In the past, the company has also published comic books featuring the founder, as well as using his image and story in restaurants and on its website.