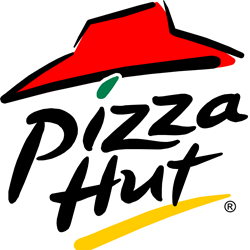 In news this week, new technology and customer satisfaction are the buzz words, with Subway instituting a new “Fresh Forward” look and digital self-ordering kiosks to its stores and Pizza Hut adopting new delivery algorithms and adding thousands of new delivery drivers to its fleet.

Subway has begun a “brand refresh” of its stores, for the first time in twenty years,  launching a new look that underlines the freshness of its product with its store design, according to QSR Magazine.  The revamp places a glass-front cooler filled with whole produce at the front of each location, emphasizing the chain’s use of fresh, local ingredients. The redesign also includes new, bright shades of green on the walls and décor, and a redesigned “S” logo.

“The fresh vegetable display is something visual to customers that puts the store’s produce – like tomatoes and peppers, with all their colors – refrigerated and illuminated right there,” Subway Operations Vice President Trevor Haynes told QSR. “Customers (in test locations) loved that and really noted it…We even had customers who said, ‘This is the first Subway to slice vegetables fresh’ but we’ve been slicing our vegetables for 50 years.”

The chain has also added new digital self-ordering kiosks with Apple Pay and Samsung Pay, and a faster experience for delivery and pre-ordering options via its mobile app and Facebook Messenger bot, according to 9 to 5 Mac. Other upgrades include a separate food prep area and a designated pre-order pick-up location for kiosk and mobile orders to speed order completion.

The “Fresh Forward” upgrade is being tested in twelve locations across the United States, Canada, and the U.K. The new concept is designed to improve the guest experience, according to Haynes, who told CNBC,  “It’s not cluttered. And  think that’s what people are looking for, they are looking for simplicity.”

In a bid to improve its delivery service and boost customer satisfaction and sales, Pizza Hut has begun an overhaul of its delivery process by updating its technology and adding thousands of new delivery drivers a month through the end of 2017, according to The Nation’s Restaurant News. This new hiring blitz should see the addition of some 14,000 new drivers – full- and part-time positions – across the 6,300-unit U.S. system by the end of the year.  According to Pizza Hut executives, the initiatives are aimed at improving delivery accuracy and reliability.

“We have a belief that, 'No One OutPizzas the Hut,' and for us that's so much more than a tagline. It's a promise that we are making to our customers,” explained Artie Starrs, president of Pizza Hut’s U.S. operations. “We have been in the service business for almost 60 years, and our commitment to providing the best, most reliable delivery service and overall experience is as strong now as it ever has been. It has to be because the customer expects that from us.”

According to one analyst, Pizza Hut's dominance in the pizza industry could end by 2018, as rival Domino's is expected to take 14.1% of the market share compared to Pizza Hut's 13.3%, CNBC reported in May. CNBC also reported that Yum Brands, Pizza Hut's parent company, is investing $130 million to upgrade equipment, boost advertising and improve technology in restaurants.

"We are serious about this, and this focus and commitment to the best delivery experience will hopefully help some customers re-assess the brand if they haven't tried us in a while or haven't had us deliver a pizza before," said Nicolas Burquier, Chief Operating Officer, Pizza Hut. "This is about accuracy and consistency, giving our customers a trusted experience. We think these technological enhancements further enable our team members to deliver a hot, delicious Pizza Hut pizza when the customer expects it."