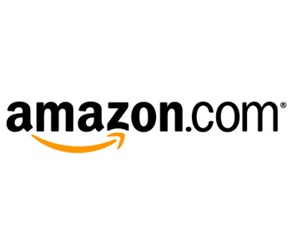 In news this week, Olive Garden meals may soon be out for delivery by Amazon Prime; the FDA has granted a 30-day extension to the comment period on menu-labelling requirements; and President Trump’s two nominees to the NLRB could have important consequences for the restaurant and hospitality industry.

Parent company Darden Restaurants is reportedly eyeing the possibility of using Amazon Prime delivery for Olive Garden orders, according to Cosmopolitan. In a recent conference call, CEO Gene Lee stated, “The only way Amazon is in our world right now is through Amazon Prime delivery. We have a test going on with them. We’ll continue to partner with them and see if we can make that work.”

According to Today, CEO Eugene Lee didn't specifically state that Olive Garden was the brand testing the Amazon Prime delivery service, though he did mention that the restaurant is popular among its millennial customers, who are more likely to be the ones using online food delivery after all. Olive Garden is also the company's largest chain by far, though, with 846 locations. (Longhorn Steakhouse comes in next, with 490. Other Darden restaurants include Yard House and Seasons 52.) Cheddar's Scratch Kitchen, an American-fare chain in 23 states, is also particularly popular with the millennial age group, Lee stated.

Delivery has been a recent emphasis for many restaurant chains as they try to boost sales and attract business from busy customers who want convenience. Olive Garden also offers a catering and delivery service, but it requires customers to show up at the restaurant to take advantage of it, according to Insider. Olive Garden already has takeout as an option, and is working with various other companies to deliver for large groups. CNBC reported that the chain’s ToGo takeout program grew 16 percent during the last quarter. If this new trial with Amazon Prime is successful, delivery could be rolled out nationwide.

The partnership is made possible through Amazon Prime Restaurants, which allows customers to enter a zip code to see which restaurants offer delivery through the service, currently available in 32 U.S. cities. Amazon Prime membership is required for the service. While orders over $40 are free, those between $20 and $39.99 come with a $4.99 delivery fee, and those between $10 and $19.99 clock in at a $6.99 fee.

Olive Garden is hoping to capitalize on their popularity with millennials to make the delivery partnership a success. According to the National Restaurant Association, 74 percent of millennials said they would order delivery from a table-service restaurant if available, compared to 56 percent of all adults.

The Food and Drug Administration has granted a 30-day extension to its deadline for the comment period on restaurant menu-labeling requirements in response to a request for more time from the National Restaurant Association (NRA). The original deadline was July 3. In a letter, Tom Elkin, Deputy Director for Regulatory Affairs, Center for Food Safety and Applied Nutrition, stated “The interim final rule and its 30-day extension will provide an additional comment period of 90 days.” The extension does now affect the May 7, 2017 compliance date.

“We appreciate the Food and Drug Administration granting our request for a 30-day extension to offer comments on menu labeling,” stated NRA executive vice president for government affairs and policy Cicely Simpson. “This is an issue that is extremely important to our industry, and it’s vital that our members’ voices are heard.”

The Affordable Care Act initially introduced menu labeling requirements as part of a pathway to better overall health. It was signed into law by President Barack Obama on March 23, 2010. The FDA extended the original menu-labeling compliance date by a year “to enable us to consider how we might further reduced the regulatory burden or increase flexibility while continuing to achieve our regulatory objectives, in keeping with the Administration’s policies.”

Opponents of the regulations argue that it places undue pressure, particularly on smaller operations, because of the cost of replacing menus and signage to reflect the new requirements.

President Trump has named two NLRB nominees that could potentially create a Republican majority on the board, and help lead to the overturning of Obama-era labor rules, according to The Nation’s Restaurant News. The nominations follow Trump’s appointment of Republican NLRB member Philip Miscimarra as the new Chairman of the Board. Trump has nominated Republican Marvin Kaplan and William Emmanuel to fill the current vacancies on the NLRB.

Kaplan currently serves as counsel at the Occupational Safety and Health Review Commission, and previously served as the Republican workforce policy counsel for the House Education and the Workforce Committee. Emanuel is a labor and employment lawyer at Littler Mendelson PC in Los Angeles, and he has written several amicus curiae briefs on behalf of trade associations in cases challenging state laws that allow labor unions to trespass on the private property of employers. If the Senate confirms both nominees, the NLRB will have a three-member, Republican majority.

This Republican bent to the NLRB could case the Board to re-examine and potentially reverse a number of prior rulings, including the one regarding the franchisor-franchisee relationship, overtime rules, and other issues of great concern to the restaurant and hospitality industry.

The National Restaurant Association applauded the nominees. “Given the board’s broad overreach during the previous administration and harmful decisions on joint employer, ambush elections and micro-unions, we welcome the balance and fairness Mr. Emanuel will bring to the board,” Cicely Simpson, executive vice president for the NRA, said in a statement.