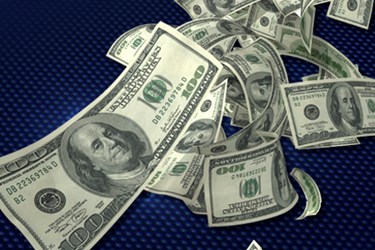 Starbucks announces new benefits and pay increases to employees that spur in part from the new tax law changes that were recently passed; and a British robotics company creates a Robotic bartender inspired by the theme song to the iconic Doctor Who.

Starbucks, recognized as a leader in industry retail benefits, has announced a new ‘Partner and Family Sick Time’ benefit for all U.S. employees to launch this year and a second wage increase for all U.S. hourly and salaried partners in addition to the annual increases already granted this fiscal year. As part of the announcement, the company has reiterated its commitment to creating more than 8,000 new retail jobs and 500 manufacturing jobs in 2018 as part of the company’s strategic growth plan. Prompted by recent changes in the U.S., tax laws, the new benefits will total more than $250 million for more than 150,000 partners.

“For more than 30 years, Starbucks has continued to challenge the status quo offering comprehensive employee compensation for our partners (employees). We were one of the first retailers to offer full healthcare benefits to our partners –even those working part-time– and more recently we revolutionized access to a tuition-free four-year degree for all partners with the Starbucks College Achievement Plan through our partnership with Arizona State University,” said Kevin Johnson, CEO of Starbucks.

“Today, we are proud to announce additional investment in stock, wages and a new Partner and Family Sick Time benefit that will further enhance our industry-leading approach. Just as we have always felt strongly that our partners are key to our business success, we have also known offering a valuable, comprehensive benefits package helps us retain our valuable partners. The value of Starbucks benefit package [fully accessed] is unmatched by other retailers and provides thousands of dollars above the value of other companies’ compensation offerings. I am extremely proud to share that in the past four years Starbucks has made an investment of nearly $800 million in employee compensation and benefits—a testament to our belief in our people and the role they play in creating the Starbucks Experience,” added Johnson.

A recent benchmarking study conducted by Aon and commissioned by Starbucks found that the company ranks as the No. 1 retailer in comprehensive benefits for part-time and full-time employees and that the benefits are three times more valuable than any other retailer in the study. Starbucks already pays more than the minimum wage in all states across the country; these new wage increases will be in addition to any annual increases they have already received in this fiscal year and will amount to approximately $120 million in wage increases, allocated based on regional cost of living and individual state laws.

New ST Robotics Cocktail Robot Was Inspired By Doctor Who

A new ST Robotics R12 industrial robot, inspired by the theme song to the science fiction television series Doctor Who mixed cocktails at the London Design Festival using nothing but audio frequencies.  The move was an effort to demonstrate the technical innovation and ingenuity of UK manufacturer of architectural and design lighting Factorylux, and the result was 'Cocktails & Robots', a successful human/robot encounter made possible by acoustic science.

"We're a small and new lighting design manufacturer who was looking to disrupt a saturated market," commented Factorylux Co-Founder Stanley Wilson. "We had been throwing small parties for designers and we found the most cost-effective, the most standout and successful strategy was to serve cocktails. We encountered ST Robotics, whose unique approach of affordability, allowed a small company like us to successfully implement our first robotic project. The increased activity and interaction of our guests at the impressive 'Cocktail and Robots' display exceeded our company's branding expectations."

According to Factorylux, the ST Robotics Cocktail Robot was inspired by English Musician and Composer Delia Derbyshire, who created the theme song to Doctor Who in the early 1960s entirely by electronic equipment from the BBC Radiophonic Workshop.

ST Robotics' collaboration with Factorylux in the field of robotic and intelligent vending systems represents a growing market segment that is projected to reach $11.84 billion by 2025.