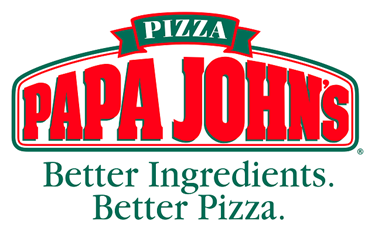 In news this week, Papa John’s replaces John Schnatter with Steve Ritchie as CEO; and the new Tax Bill may mean some good news for restaurant renovation and growth.

Papa John’s International Inc has named Steve Ritchie as its new CEO, replacing founder John Schnatter, who will remain chairman of the company. Steve Ritchie was previously president of the chain. The change in leadership follows an incident in which Schnatter make controversial remarks about national anthem protests by NFL players, leading to a backlash against the company. The company later issued an apology for Schnatter’s remarks, according to The Washington Post.

The controversy began when Schnatter blamed sagging sales at Papa John’s locations in November on the league’s “poor leadership” in response to player decisions to “take a knee” during the national anthem in response to incidents of police brutality and social injustice across the nation. Papa John’s is a leading NFL sponsor and advertiser. Schnatter asserted that the protests damaged NFL ratings, which in turn deflated sales of Papa John’s pizza. Schnatter said, “you need to look at exactly how the ratings are going backwards. Last year the ratings for the NFL went backwards because of the elections. This year the ratings are going backwards because of the controversy. And so the controversy is polarizing the customer, polarizing the country.”

Schnatter has been replaced by Ritchie, who asserted last fall that Papa John’s has been the most recognized NFL sponsor for the past two years, which implied that its success is integrally tied to the league and its reputation. Ritchie also said that he anticipated earnings to continue to decline as long as the player protests continued.

According to Ritchie, his transition to CEO had been planned from his ascension to company president in 2016.  While Ritchie to acknowledge whether or not the NFL controversy played a role in the timing of his move to CEO, he told the Wall Street Journal that “all of the PR things have been quite a distraction. I want to put the focus back on our people and pizza.”

In a statement, Ritchie said, “By focusing on our team members, we will deliver the world class experiences our customers deserve. At Papa John’s any opportunity is achievable if you dedicate yourself to putting your best foot forward every day. I’m certain our future company leaders are delivering pizzas in one of our 5,000 stores around the world right now.”

Schnatter also applauded the shift in leadership, stating: "I am so proud of Steve — he has excelled at every job he's ever held at Papa John's — from being an hourly customer service rep, to a delivery driver, store general manager, director of operations, franchisee and most recently President. With 120,000 Papa John's corporate and franchise employees, Steve will put the spotlight on our pizza and the most important ingredient — our team members. We couldn't have a more proven leader to guide Papa John's through its next stage of growth.

The new Tax Cuts and Jobs Act passed by Congress in December has been hailed by trade associations and other organizations representing food service and food retailers as a way to open the door to more opportunities, according to The Nation’s Restaurant News. “This bill addresses the needs of small business and will help restaurants remain strong economic engines and job creators,” Cicely Simpson, executive vice president for public affairs at the National Restaurant Association, said in a statement. And NRN asserts, it could be a major stimulus for large-scale restaurant renovations.

Meanwhile, Pamela Bailey, president and CEO of the Grocery Manufacturers Association called the act “the most significant piece of tax reform legislation in 30 years.” She stated, “It will help spur job creation within the grocery manufacturing industry and provide tax relief for working families. The food, beverage and consumer products industry has long urged action to fix our broken tax system, which must work in favor of both consumers and manufacturers.”

And Peter Larkin, president and CEO of the National Grocers Association sees the reduction in the corporate tax rate as a strong benefit for his constituents. He asserted, “For years, independent supermarket operators have tried to keep pace with a rapidly-changing marketplace while operating in an industry with high effective tax rates on just one to two percent profit margins. This new weight lifted off their shoulders will allow stores to invest more in their companies, employees, and communities.”

And owners also are hailing the tax changes. Michael Abt, CEO of Huddle House, which has 360 units, told NRN that “Small businesses and local franchise owners have long been held back by repressive tax legislation, preventing them from seeing their true growth potential. We’re hopeful that this new tax bill will provide our franchise partners the opportunity to continue growing their businesses and provide more local employment opportunities. Small businesses are the backbone of the economy; it’s time they get the relief they deserve.”